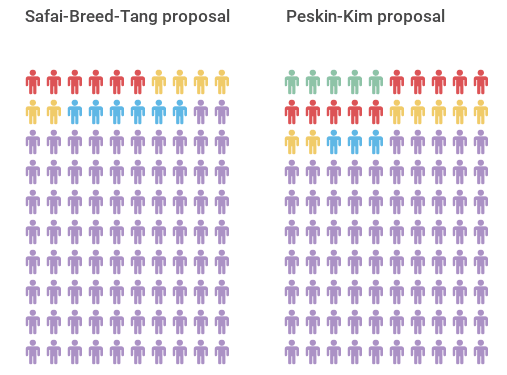 A battle over inclusionary housing is underway at City Hall, as the outmigration of low- and middle-income San Franciscans rises along with the urgency for solutions that will help people immediately in danger of displacement. The amount of subsidized low-income housing being produced in the current market is simply insufficient compared to the need, and it’s absolutely critical to up affordable housing requirements from the current status quo to lessen displacement pressure in our communities.

By inclusionary housing we mean imposing additional requirements on private market-rate development to build affordable units on-site, off-site, or paying a compensatory fee to the city to fund affordable housing development. This is a hot button issue we’ll be talking about a lot this year.

Before we dig in, it’s important to keep in mind that the purpose of inclusionary requirements is not to single-handedly solve the housing crisis. Inclusionary is an ameliorative measure to provide relief to families threatened with displacement. Any such measure will entail some regulation of private-sector development as (for now) the market is dominated by private-sector development.

A private housing developer will recoup the loss of profit from below-market-rate (BMR) units with high rents on some of the market-rate units. As a result, inclusionary works best in high-income, socioeconomically segregated areas, especially during a bull housing market such as the current one. High-income areas stand to benefit from job diversity that brings in neighbors vital to every community: teachers, nurses, service workers, tradesmen, and school-age families — all of whom can’t afford to wait years for a still-elusive market equilibrium.

Housing inequity maps directly onto issues of age, race, ethnicity, gender, sexual orientation and economic privilege. Good housing policy – inclusionary and beyond – grapples effectively with the segregation these long-term structural inequities have produced. (The Fogtown team will get plenty in depth with further posts on how those inequities currently manifest themselves in the Bay Area housing market.)

Some quick-ish background: There are currently two proposals going forward that differ greatly in their conception of whether the need for low-income housing should be de-prioritized in favor of middle-income housing, or whether both needs can and should be satisfied concurrently. Back in 2002, The San Francisco City Charter was amended with a 12 percent requirement of BMR units in new housing developments, adding 2,000 permanently affordable units to the housing stock citywide since then, largely due to the efforts of then-Supervisor Mark Leno.

In 2016, D3 Supervisor Aaron Peskin introduced Proposition C to make that 12 percent subject to changes as approved by the Board of Supervisors (BoS), and raised the initial percentage of BMR units required for large (25+ units) market-rate development projects to 25 percent. Some developments already in progress were grandfathered out of these requirements, and Prop C passed with 68 percent of the vote.

Fast forward to 2017 and we are now seeing competing proposals from the Board of Supervisors (BoS) on resetting BMR percentages as well as the income thresholds at which this BMR housing will be available. From the “moderate” camp, we have a proposal by Supes London Breed (D5), Ahsha Safai (D11), and Katy Tang (D4), which we will refer from here on out as the “BST proposal”. From the “progressive” camp is a proposal by Supes Aaron Peskin (D3) and Jane Kim (D6), which we’ll call the “APJK proposal”.

Both proposals are structured around a feasibility report by the City Controller’s office that recommends 18 percent as the current maximum “economically feasible” requirement given current market conditions, but the proposals differ significantly in units allocated for low-middle vs. high-middle income tenants and homeowners.

So how much housing do we get from each proposal? Here’s what a large rental development would (roughly) look like under each proposal.

The APJK proposal mandates 25 percent affordable units but factors in the likelihood that developers will apply for the CA state density bonus. The greater the percentage of inclusionary housing a developer builds onsite, the more additional market rate units the density bonus permits them to build, with the cap being a 35% increase in units from the original proposal. For a 100-unit building receiving a 35-unit market-rate bonus, 25 units becomes 25/135 = 18.5% affordable.

The BST proposal assumes no density bonus and sets the requirement at 18 percent, meaning that the effective percentage of affordable housing in a unit will be lower if the developer is granted a density bonus.

In light of the increasing political momentum behind creating a citywide density bonus in addition to preexisting state-level bonuses (including Supervisor Tang’s own HomeSF proposal), it’s likely that developers will leverage density bonuses with increasing frequency, which should be taken into account by considering percentage levels above the City Controller’s 18 percent max feasibility estimate.

Do all developers have to build affordable housing units? Developers can choose to pay a fee to the city’s Affordable Housing Trust Fund in lieu of building BMR units on site, which goes toward financing – you guessed it – affordable housing! The BST proposal bases these fees on the (supply-side) square footage of units, where the APJK proposal bases fees on the going market rate, which is a demand-side calculation based on profits.

So, does this just kick in overnight? Not entirely. Many projects already in the pipeline were grandfathered in before Prop C passed. Starting from the baseline percentages they set, the APJK proposal phases in additional inclusionary increases at 0.75% a year starting in 2018. The BST proposal starts in 2019 and phases in a 0.5% yearly increase.

These percentage increases will be phased in slowly over a timeframe of around 15 years. For the more politically minded, that’s at least two more Mayors and two entirely new Boards of Supervisors away. It’s very likely that targets will be revamped over that time period, so remain wary of doomsayers who fret that requiring a higher long-term percentage will somehow throttle all housing construction.

Who supports each proposal? The APJK proposal earned the support of the Chinatown Community Development Corporation (CCDC), the Community Council of Housing Organizations (CCHO), and the United Educators of SF. The SF Labor Council remains studiously neutral but supportive of both measures. Mayor Lee has lent his tacit support to the BST proposal (we know because he accidentally left his name on it), as has the Housing Action Coalition (SFHAC), SPUR, SEIU Local 87 and more.

I have opinions about this! The next Planning Commission meeting is Thursday, April 27th.

4 thoughts on “Let’s Get Inclusionary: BMR Housing at City Hall”

"A city is where you can sign a petition, boo the chief justice, fish off a pier, gape at a hippopotamus, buy a flower at the corner, or get a good hamburger or a bad girl at 4 a.m. San Francisco is such a city." - Herb Caen https://fogtownblog.com/2017/03/30/introducing-fogtown-blog/